Background and clinical characteristics measured at baseline are comparable in the groups of our study. But this doesn't eliminate the need to investigate the impact of confounding. We've already analyzed the effects of age, What about gender as a potential confounder?

Being female is a risk factor for pain (because of hormonal and nervous system differences). Odor awareness is linked to female-stereotyped activities in childhood and adulthood. A sniff may give away a person’s gender. Therefore gender could be a risk factor for the outcome of interest in our study. Besides, since women may report their symptoms differently than men, it could affect the quality of life score. Are there related differences important for our study?

Microbiomes of males and females are similar in childhood but start to differ significantly after puberty. The figure on the right shows gender separation of microbiomes in mice: very similar at 3 weeks (red and turquoise, respectively), noticeably different at 6 weeks (green and pink,  when sexual maturity is reached) and very different at 14 weeks (black and blue).

In our study, microbiomes could be also easily differentiated by gender. The figure below shows ROC curve - a standard way of describing the accuracy of a diagnostic test.  In this case, it shows that our classifier (Random Forest) does a great job of identifying males vs females by their microbiomes. Area under curve (AUC)is 89%. It's still sufficiently high, 86% for Logistic regression. 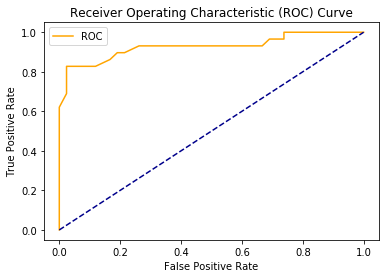 Other notable differences between males and females were severity of symptoms reported (see boxplot below) -
Most frequent description of symptoms for males was "most of the time", while for females it was "sometime" followed by "all the time". Also, men estimated distance at which their odor or PATM "aura" was noticed slightly higher than women. 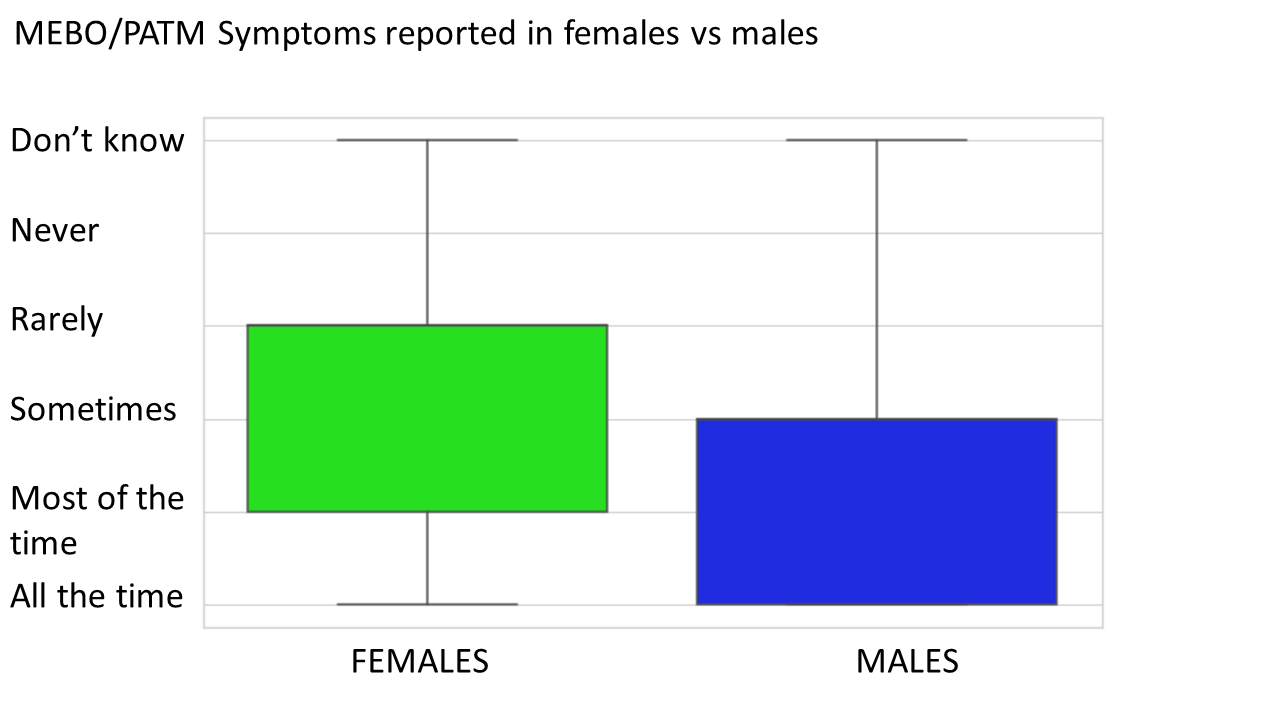 Many studies suggest that males are better than females at estimating distances in space and orientation and "dead reckoning", so it might be difficult to draw conclusions from this observation.
There was no difference in answers to questions: "When you woke up today, how well-rested did you feel?", about life satisfaction, embarrassment, number of people they interacted with on  daily basis and whether they "felt depressed and isolated because of MEBO/PATM".

Significant differences were in social isolation - men were more likely to avoid going out because of MEBO/PATM.  Generally, men feel existentially more isolated than women. they are more likely to experience social isolation having few­er and shallower relationships. This gender gap translates to disparities in mental health and physical health outcomes like increased stroke risk or suicidality.

Other, also expected, significant differences were in abdominal symptoms such as bloating. It is well known that changes in progesterone and estrogen levels cause the body to retain more water and salt.

We'll account for these differences when putting together everything we have learned.

Fredrich E, Barzantny H, Brune I, Tauch A. Daily battle against body odor: towards the activity of the axillary microbiota. Trends in microbiology. 2013 Jun 1;21(6):305-12.